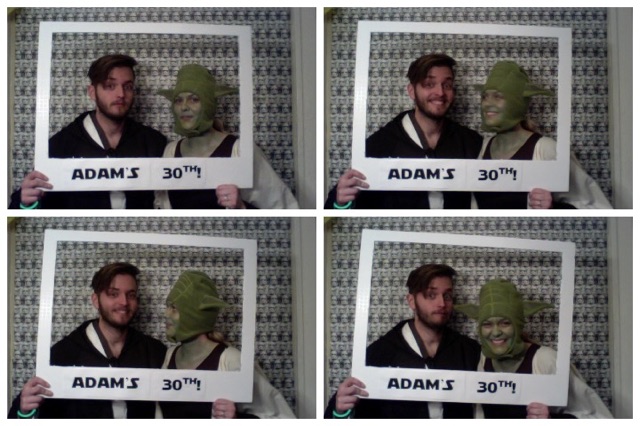 I originally wrote a year in review a week ago, but I didn’t have a lot to say about anything. And then Carrie Fisher died, and I found myself confused and upset and really kind of pissed off. This isn’t a discredit to everyone else who died in 2016 — there are a lot, and they’re all tragic, really — but, to me at least, Carrie Fisher meant a lot. Not just as Princess Leia, but as an altogether badass whose character captured so much of what I want to see in not only myself, but in the world. And while I’d love to tell you about what I did and wrote and want to do, writing about this (even if it is my first post in a few months) is a lot more important.

It is to me, at least. Hopefully you take something away from it, too.

Like a lot of folks, I was introduced to Carrie Fisher when I saw Star Wars as a kid. And, like a lot of boys watching Star Wars, Princess Leia stole my heart. She was adventurous, witty, smart, and beautiful, and I wanted so badly to know her or somebody like her and go on some sort of intergalactic adventure or another. And, while I knew this would never happen, it didn’t stop me from knowing that her independence, strength, and wit were something I’d admire for years to come. For all intents and purposes, she was my first crush, and it breaks my heart to know that she’s gone.

Most importantly, though, it wasn’t until high school that I realized that I admired Carrie Fisher just as much as I admired Leia. After Star Wars, I really didn’t follow her. But, during my sophomore year of high school, I was diagnosed with bipolar disorder and began a road to treatment that took me on and off different medicines, in and out of different facilities, and, ultimately, in the hospital because of a suicide attempt. Simply put, I spent three out of my four years of high school (and many years since) battling mental illness and trying to find my place in the world while doing so, and it sucked.

Late in my senior year, I found out that Carrie Fisher struggled with many of the same issues I did. That she was so willing to publicly discuss these issues and advocate for people who struggled with them inspired me in ways I hadn’t experienced. For years, my battle with bipolar disorder wasn’t just on medicines and in treatment facilities, but in classrooms, on the school bus, in the football team locker room — everywhere. I knew people knew, and I didn’t know how to respond to it or what to do or where to go, and that made the whole thing tear me apart inside. It made me feel that, no matter where I went, I had no-one to go to or no place to fit in.

But Carrie, she experienced this on such a larger scale, and she did it with such strength that I realized that I could do the same. And while I’m not going to go so far as to say that she’s the reason I climbed out of that hole, I can say that her willingness to talk about these things and advocate for these people inspired me to take no shame in bipolar disorder, to tackle it and find a community and do the things I needed to do to create a fulfilling life for myself. And for that, holy shit. I don’t have words for how thankful I am.

At the end of the day, I guess I’ll miss Carrie Fisher for lots of reasons. I’ll miss her as Princess Leia. I’ll miss her for showing me how badass a female character can be, either here or in space. I’ll miss her creativity, her wit, and her willingness to advocate for a population that so badly needs to be heard. I’ll miss her for inspiring me to find the help I needed, and for helping me realize that it’s okay to write posts like these that expose parts of me that I’d otherwise keep to myself. Because Carrie Fisher advocated for people to be okay with who they are. To take life a little less seriously. To stand up for what they believe in. And, in losing her, I think it’s important that we remember to carry on that strength in what we do and who we talk to. Heading into 2017, I know I will.

Goodnight, Princess. May the Force be with you.