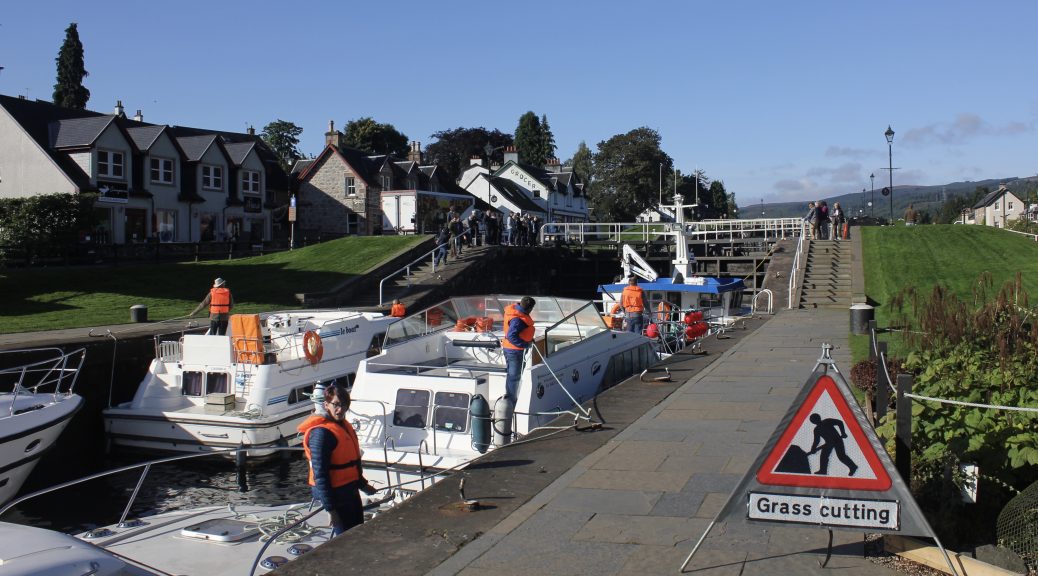 I’m still bummed that my vacation’s over (yeah yeah, I’ve been back three months), so I’ve decided to jot down another story. I didn’t swim in any other lochs, though, so it’s all downhill if I keep writing about these things

The second leg of our Scotland trip took us to Fort Augustus, a tiny town on Loch Ness that we never planned on visiting. We meant to stay in Fort William, which is about an hour southwest, but, well, Fort Augustus had a converted abbey we could stay in complete with courtyard chess (pictured above), groundskeepers, a game room, etc. Oh, and if you missed it, it’s on the shore of freakin’ Loch Ness.

The thing about Fort Augustus, though, is that it has a population of something like 1,000. So when you stroll into town at around 9:00 PM on a Tuesday, just about everything’s closed. We were lucky enough to grab a bite to eat, sure, but my brother and I aren’t ones to call it an early night if we’re in a new town across the pond. So, we ventured out to see what the town had to offer. We walked the whole place in about twenty minutes, but on our way back, we stumbled across a pub connected to the Richmond House Hotel. The lights were on, and there was a sign outside, so we figured why not and headed inside.

It had maybe ten tables, most of which had empty whisky bottles with candles sticking out of the tops. The chairs and stools were all worn, some a little torn, and the tables about the same. A crowd of people huddled around the bar, chatting and drinking and whatnot, and a few more were scattered throughout. Not knowing what else to do, my brother and I headed to the bar to order a drink.

I don’t know if either of us had said anything at this point. A couple older guys at the other end of the bar had figured us out, though, so we smiled and said yeah, we’re American.

“Kentucky,” my brother said. He’s from Ohio, but I guess you lie about where you’re from when you live in Ohio.

“Kentucky!” he said. “The home of the derby!” Except it wasn’t “derby” like I’m used to hearing, more like “darby.”

“Well, Kentucky,” our new friend said, “have you seen Highlander?”

If you don’t know, Highlander is hands-down my favorite movie. I own collectible versions of all the DVDs, quoted the movie when I stood on the shores of Loch Shiel, insist that there can be only one, watch fight scenes on YouTube in my spare time — everything. I love it. So when this Scottish guy asked me if I’d seen it, I almost started crying.

(Note: somewhere in between all of this, we ordered a couple beers.)

“Well,” he said, putting an arm around the drunk air banjo player, “my friend here was an extra in it. He was one of the pipers.”

I thought I was going to die. “You’re kidding.”

He pointed to a picture above the bar. It was a small thing, maybe an 8″ x 10″, screenshotted from the original Highlander  movie. And, sure enough, it was a younger-looking version of the drunk man playing air banjo next to me. Why this was hanging above the bar is another question altogether, but there it was.

I don’t know if this meant as much to my brother as it did to me, but I stared at it, then at the man himself. “That’s amazing,” I muttered.

And we pretty much made a night of our time there. We talked to the guys at the bar for a while, mostly answering questions about the Kentucky Derby and whether KFC is actually from Kentucky, before finding a table in the corner and playing a game of chess over a couple beers (I lost, but I suck at chess.) The next day, we hyped our experience to the rest of our group — the bar, the Highlander extra, his friend — and insisted they come check it out. Hesitantly, they agreed, so we headed back the next night. And, surely enough, we turned onto the road and saw our friend standing outside the pub, smoking a cigarette.

I thought he’d smile or at least nod, but nothing came. We were too far away, I told myself. But when we got closer and still got nothing out of him, I waved and said hi.